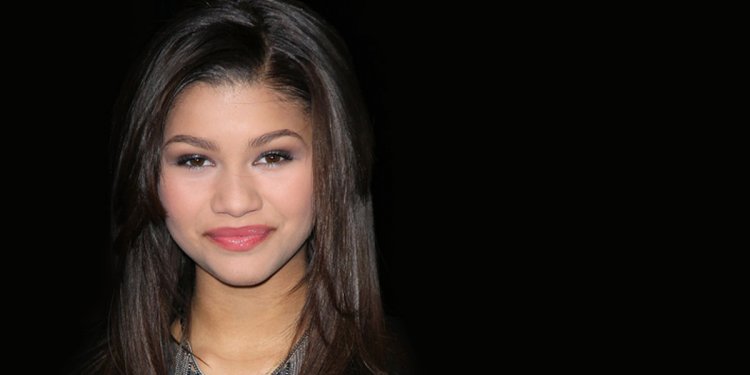 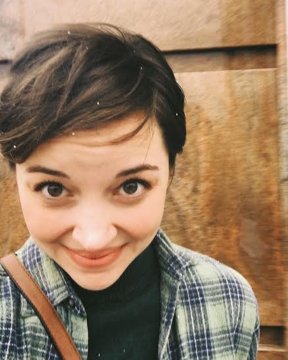 Melody Riders loves her super short crop because she believes "a woman's value is not measured by the length of her hair or any other physical feature." Why not go wild?

5. Short Locks Might Make It Hard For You To Recognize Yourself, In A Good Way

Jay Peitzer, a hairstylist in Los Angeles, loves specializing in short cuts because he finds the look self-assured and striking. He tells me via email, "I enjoy doing the large changes and helping to bring things out in women that often they don't know they possess. A confidence and beauty that shines from within. I love when they see themselves for the first time as a short haired girl and say that they don’t even recognize themselves... very often that is true for the inner self as well as the outer." Here, Tiffany Alice definitely looks like she's got all the confidence.

Kate Welch had an asymmetrical undercut for years, but the novelty wore off. This was the next step in growing it out. But now that her hair is all the same length, Welch isn't ready to change it. "I don't really want to grow it out! It's extremely low-maintenance, suits my face shape, and if I get tired of it, WIGS."

It's not like every woman with a sassy haircut was ready for those scissors. Sometimes you just have to hold your breath, scrunch your eyes, and take the risk. Rebecca Steele points out, "Cutting my hair was a terrifying prospect when I had hair down to my bottom! But it's liberating! Anyone can rock a pixie; I feel feminine and sassy, and [have] had nothing but compliments."

8. You Might Learn About Yourself Through The Bold Move 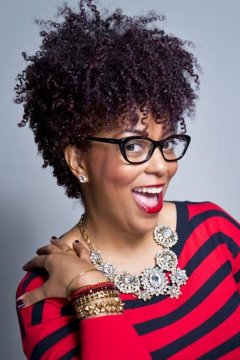 Brianne swears by the short haircut because she's not one to hide behind anything. She shares, "Hair grows back, but the things you learn about yourself, when you stop living behind your hair are forever. Trust me it's very freeing!"

9. No Look Can Take Away Your Sexiness

There's likely a reason so many models have long, curly locks — it's a sexy look. But that doesn't mean that the opposite is sexy. Brenna Womer tells me, "I've always loved pixie cuts and thought I'd have a lot of fun with one, but it wasn't until about six months ago I realized the reason I wasn't getting the cut was because I was afraid that without my long hair I wouldn't be 'sexy.' I think the moment you realize fear is keeping you from doing something you really want to do, you have to take the plunge. I fell in love with the style, and now I can't imagine ever going back."

Limited beauty standards are just that: Limiting. But if you do something to defy them, you'll hopefully learn that there are so many other ways to feel beautiful. Lena Taryanik says, "Growing up I've always conformed to what society and others expected me to look like. [But] it's just hair. It doesn't define us. I stopped hiding behind it and chopped it off. Because of my openness for change, I now feel more beautiful, confident, and more liberated than ever before."

11. Don't Do Things Just To Make Other People Happy

Jessica Zurell first cut her hair off in the dorm bathroom her freshman year of college and it was one of the most liberating things she's ever done. Since then she's had many women tell her they can't pull off that kind of cut, that their partners wouldn't like it, etc., and this is what she tells them: "If you're keeping your hair long to keep other people happy, you have a bigger problem than just your hair. We should always do the things we're afraid of." 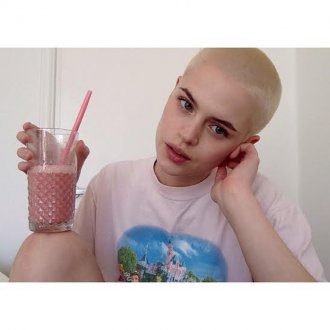 12. Sometimes You Just Have To Lop It Off

Sometimes cutting our hair is the best thing for our locks. In I'na Saulsbery's case, she had to change her 'do by default. She explains, "I had severe heat damage and after waiting almost a year for my natural curl pattern to return, it became quite evident it wasn't going to happen. So without hesitation, I went to my hairstylist and asked her to do the honors. I'm so glad I did."

13. Your Femininity Will Never Be Less Valid

A buzz cut doesn't take away your girly personality — it'll still shine through! Moe Williams wanted to rock this style since the seventh grade. She tells me, "The mix of wanting to fix my overdone bleached hair and also crush the idea that women have to have long hair is why I finally did it." And crush she did.

Do you like a lot of hair around your face, hence your hesitation? Try buzzing the bottom half and then leaving a lot on top to play with and frame your eyes. That way you can still rock the short look, but have the volume that you're used to. 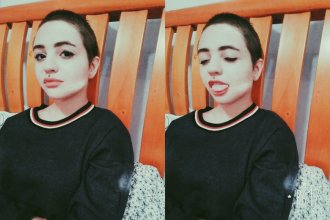 15. Don't Be Afraid To Become The Person You Need To Be

For Ashley Jagmohan, lopping off her hair was the perfect way for her to transition into a new stage of her life. There's nothing like a new haircut to make you feel like a new person. She shares, "I had really long hair growing up that I hated and had just reached my 20s when I decided to cut my hair. I was going through a transition in my life and stuck with it ever since!"

16. Your Femininity Has Nothing To Do With Your Hair

A lot of women worry about chopping off their hair because they think it'll make them look too boyish. But that's not true! Giany Franco shares her experience. "The most fun thing about being a woman is that we're able to play with different looks! Femininity is not about how long our hair is; it's all about your attitude."

17. This Doesn't Need To Be A Big Decision

Sometimes when you hear about women buzzing all their hair off, you hear about how it took a lot of thought and contemplation. But sometimes, chopping off your hair isn't such a big deal. Kat Wittig tells me, "Hair grows, life is short."

18. Sometimes The Idea Can Get You Obsessed

When Casja Wessberg got the idea to cut off her hair, she literally couldn't wait an extra moment to do it. Casja says, "I had been thinking of cutting off my long hair for a while because I had this terrible bleach, but I wanted to wait until after mid-summer (you know that Swedish tradition where you and all the family dance around this big pole covered in flowers?). But in the middle of the celebration I couldn't wait any longer. I snuck out and cut it off over the green grass. When I came back my grandmother was so shocked." How absolutely perfect is that?

19. There Will Be Times When You Regret It, But Only For A Hot Minute

Sometimes the drastic change could put you into temporary shock. But it doesn't usually last long. Annette Kemp tells me, "At first I was shocked and unhappy with myself for making the decision. I felt I looked like a little alien and everyone was staring all the time. But after a while I started feeling edgy and daring and now I can't ever see myself with long hair again."

When you don't have something to hide behind (like long locks), you might begin to appreciate how beautiful you are. Haley Corn says, "Since shaving my head, I've never felt more confident. There's something about throwing beauty standards out the window and actually just believing you're beautiful that makes you feel so alive." 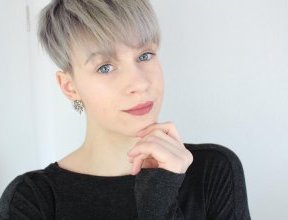 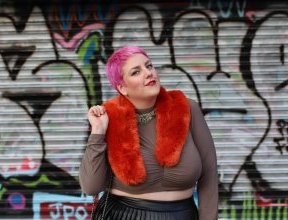 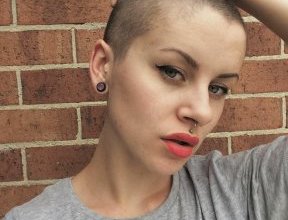 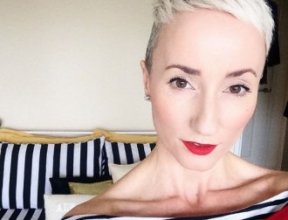 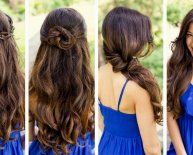 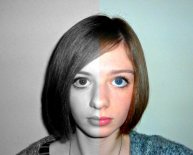 Haircuts for girls with short hair